Skip to content
After Aconcagua, Patricia Ackerman Set Her Sight on Her Next Summit: Congress

After Aconcagua, Patricia Ackerman Set Her Sight on Her Next Summit: Congress

For Patricia, there was never a clear moment she decided to become a mountaineer. She said, “It was really an evolution. I was hiking, and then backpacking, and then trekking, and then high-altitude trekking, and then climbing. At that point, high-altitude mountaineering seemed to be the next logical step.” After a decade climbing and outfitting high-altitude climbs around the world, she hung up her crampons to care for her mother, and finally retired for good following two double hip replacements. With a tenacity equal to any Everest climber, she set her sight on a new summit: the political world, and ran a hard campaign for State Assembly in 2018. This year, she’s fighting on for Nevada’s second Congressional District seat in the House of Representative.

Driven to Climb & Push her Limit.

When I asked Patricia why she climbed, her reasoning sounds familiar to many of us who spend time on peaks and crags… “How high and how far can I go before I can’t take another step. Where can I go where I can finally hit the wall? I want to feel what that’s like.” This comes as no surprise. Spending time talking with Patricia, two things become immediately clear: The first, her tenacity and driven individualism – the will to persevere and overcome the obstacles in her way. She’s the kind of person who hikes until she literally needed hip replacements. As she describes mountaineering, it is the “fine art of suffering… pushing oneself further than they thought possible. However, that determination is paired with an equally-powerful commitment to service to family and community. Both facts become clear when you start to listen to Patricia’s story…

High altitude cerebral edema doesn’t sound like a good thing, and it isn’t. Popularly known to mountaineers as HACE, the condition involves brain swelling at elevations above 15,000 feet and can strike at random. After training for years with climbs of Rainier and other peaks, she set off for the summit, only to turn back near 18,000 feet after exhibiting the early symptoms of HACE. Tearing down camp at 5am, she thought to herself “This is it. I can’t take one step further. That was my plateau.” They descended safely, and began to wrestle with what had happened.

She didn’t let the setback stop her. Deciding that she needed a higher altitude base camp, Patricia promptly moved from Los Angeles to Minden, Nevada nearly 5,000 feet above sea level. With better acclimation and more training, she returned to Aconcagua and successfully submitted the 22,841 feet peak. From that moment, she immediately began to look for the next summit, to push her limit further. “Everest became a goal,” she put it pointedly. She put together a strategy of training peaks, and was on her way. Then came along Kala Patthar.

Nearly 18,500 feet tall, Kala Patthar is a famous peak near Everest with magnificent views from its summit. During an Everest training climb, Patricia felt the tell-tale symptoms of HACE once more: fatigue, confusion, nausea, and disorientation. Her sherpas and guides packed her into an emergency pressure bag (known as a Gamow Bag) to reduce her symptoms and race her back to Base Camp. She recalls looking at their faces through the small shield to see these “beautiful human beings, keeping her alive… it was humbling… I saw how insignificant I was.” It was a turning point for Patricia, and a lesson of service she clearly keeps close today.

Stepping Away for Family & Health

Around this time, Patricia’s mother came down with a terminal condition, and Patricia stepped in to be her caretaker for what she expected would be a year at most – her mother ended up living for six more years, with her daughter serving her the entire time. At the same time, as Patricia continued hiking locally, she slowly began to notice a new pain in her hips, finally mentioning it to her husband while hiking near Tahoe. After several years of denial and doctors, she got two full hip replacements, putting an end to her high-altitude climbing days. For some people, retirement at that point might sound nice, but Patricia’s attitude already had her looking out for the next summit to climb, even if metaphorical. In 2018, she found that summit: Public Office.

The Next Summit: Public Office

Like any good mountaineer, Patricia took time to prepare for her run. She applied and was accepted into Emerge Nevada, a program that helps train women to run for public office and win. With training behind her, and the determination of a climber, she declared her candidacy for State District 39. The race was tough, as she ran as a Democrat in a heavily Republican district. Despite great effort, and a professional campaign, she still came up short. But like Aconcagua and Kala Patthar, she didn’t let the setback stop her. She got right back on track, and declared her candidacy this year for Nevada’s second Congressional District.

Listening to Patricia, it’s clear that her experience as a mountaineer influences her candidacy. As she puts it, “mountaineering is just a way of learning grace through the fine art of suffering. Taking those skills, and transferring it to something like running for congressional office… there are a lot of similar skills surrounding the fine art of suffering.” Running for and holding public office certainly takes determination and grit, something Patricia exudes. However, she also has the humility and drive for service, evident in her climbing and personal life, that’s critical for leadership now more than ever.

Mountaineering has a lot more to teach us than leadership though… it’s intimately related with numerous policies and programs our public officials run and lead. When it comes to the environment, high-altitude peaks and glaciers are showing some of the fastest signs of warming. As Patricia puts it, “the writing is on the wall, if we don’t do something fast.” Her experiences on peaks in the Andes, Himalayas and Rockies underscore the need for quick, decisive action to combat climate change.

In Colorado, most of our major peaks are on public land, including all but one 14er. However, over the past 4 years, we’ve seen an increasing number of encroachments on public land by the federal government. Nevada has one of the largest proportions of public land in the nation. When I brought this up with Patricia, it was clear I had struck a nerve. “Public land is a passion of mine, because the land is very important, a source of joy, recreation, agriculture. Yet my opponent, in this disaster, his focus has been selling of acres of public land.” She’s specifically concerned about developing and resource extraction, citing the recent Truckee Meadows Public Land Management Act as just one example. While proponents suggest the sell-off would create affordable housing, it would leave taxpayers on the foot for infrastructure and environmental impact, while corporations profit.

One recent issue mountaineering provides insight for is the COVID-19 outbreak. Reflecting on the need for risk management as a mountaineer, Patricia noted that, “yes, as a mountaineer, we take risks. But they are calculated risks, and there lies the difference between us and this government response… doing it step by step, breaking down the risks, and mitigating things.” While the federal government failed to take steps to plan ahead and mitigate this risk, it doesn’t mean we can’t improve. We can learn from this mistake… and someone with experience managing risk might just help.

Throughout my discussion with Patrica, it became so clear that mountaineering has left her very prepared for campaign work. I finished asking what she’s found similar. She said she saw the importance in both of “putting one foot in front of the other… take things step by step, breaking goals into smaller goals. You know the goal, the destination, just keep moving.” Her determination shines through, strong as ever. She finished with a message we can all appreciate today: “Take calculated risks. Appreciate all those on the way, keep moving forward. You can reach your summit.” Patricia Ackerman has found her next summit: The 2nd Congressional District in Nevada.

Are you or do you know a mountaineer running for public office? Whether local, state or national, we support all those in our community who step up to the plate! Contact me at alexmderr@gmail.com to setup a time to talk about your journey! 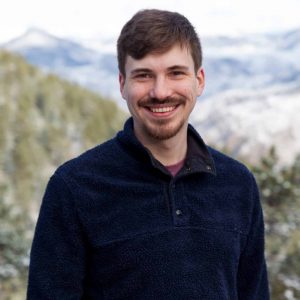 Get Mountain Advice, News, and Suggestions!

Subscribe to my newsletter and you'll receive timely articles and advice for exploring the mountains every other week - no spam!